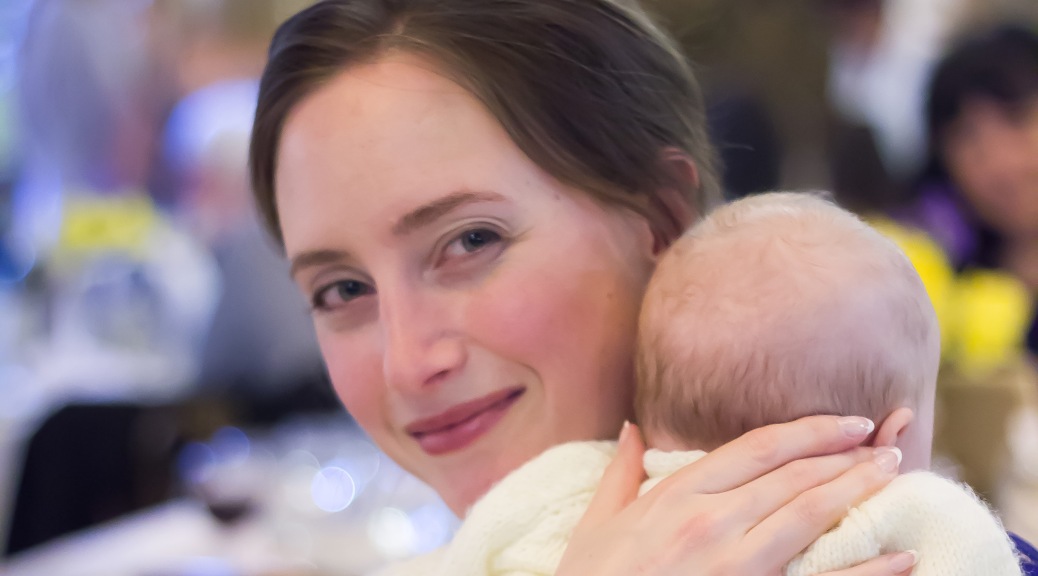 Whether you consider it hyperbole or a simple truth, this turn of phrase is often used as an expression of devotion. It suggests a deep and unbounded passion that eclipses everything else that we hold dear and takes its place as the foremost of our priorities.

It sounds rather lovely, but I am suspicious of it. Perhaps most importantly, it seems patently untrue to me; even the purest love, most impassioned commitment to a cause or most fervent ambition ought to be tempered by reason. It may not be romantic to listen to rational argument, but it is sensible to at least consider it in the light of relevant circumstances and other competing priorities. ‘Anything’ is a pretty broad category and in holding oneself to such a profound promise it is not hard to imagine a growing list of caveats that would need to be added to it to make it true, unless one is prepared to cross the line into extremism.

As well as being untrue, I think it ought also to be seen as unappealing. Perhaps the speaker intends only to express a deep love or commitment, but if they genuinely do mean to declare that they would commit any atrocity in pursuit of it, I see not steadfastness but insanity or, at best, naivety. Nonetheless, when a parent professes that they would do anything for their child, the expected response is to agree wholeheartedly; it would be socially awkward to retort that I wouldn’t, however true. It may sound callous, but I would not do ‘anything’ for one of my children. If one of them needed a transplant I would sacrifice myself but I would not run over a number of potentially matching children in the locality in the hope of finding a donor to save her. There are, in my view quite rightly, limits to what I would do for those I love. That does not render those deep bonds meaningless, it simply means acknowledging that they are not completely boundless.

Quite often, and even more irritatingly, the phrase is used as a very thinly veiled criticism: ‘Oh, you didn’t bring in any cakes. It can be hard when you’re busy, but I’d do anything for my colleagues/kids/church/charity.’ In this case the phrase is not so much directed at the speaker’s deep commitment but at highlighting your lack of it. But even dedication that would go so far as doing ‘anything’ would surely not be a commitment to doing ‘everything’, otherwise the phrase becomes even more ludicrous. It also ignores the relative importance of everything else in your life; your first priority may be your children, your partner, your job, your faith or your cause, but not such that anything done to that end, however small, trumps everything else in your life. If a friend called from hospital needing urgent help, would you ignore them to bake for the fundraiser or to attend a child’s school play?

But perhaps none of this matters – it’s just a turn of phrase after all. Except that I think that what we say does matter. I don’t think it’s ‘political correctness gone mad’ to try not to say offensive things. Similarly, I don’t think it’s healthy to say things that we don’t really mean. I have a tendency to worry too much about what others think, and it’s exactly this sort of phrase that recommends dedicating oneself entirely to something or someone else and suggests that doing so is in some way noble.

We need to balance our priorities and I include within that the importance of looking after ourselves. Not only for our own wellbeing, but also to set an example. I love washing up to pop music and usually enjoy a little salsa-style shimmying when ‘Rockabye’ comes on. But there’s one particular lyric in it that always makes me feel sad: ‘she tells him “your life ain’t gonna be nothing like my life, you’re gonna grow and have a good life, I’m gonna do what I’ve got to do.”’ This concept of constant self sacrifice in the hope of giving our children a better future is a potential vicious circle, for it demonstrates to them the importance we place on giving up our own hopes and dreams to further those of the people we love. Expecting our children to then wander into a Utopia where they will find happiness that we have never shown them, seems naive. Needs must sometimes, but if we have a choice, surely we could be demonstrating that improving our own wellbeing can also enhance that of those around us; that investing in ourselves energises us, makes us better partners, parents, employees and friends. The best way to teach our children happiness is to go in search of it.

And so, to protect my children, I’ll be letting them know that, although they are my top priority in this world, I can’t promise to do anything for them. 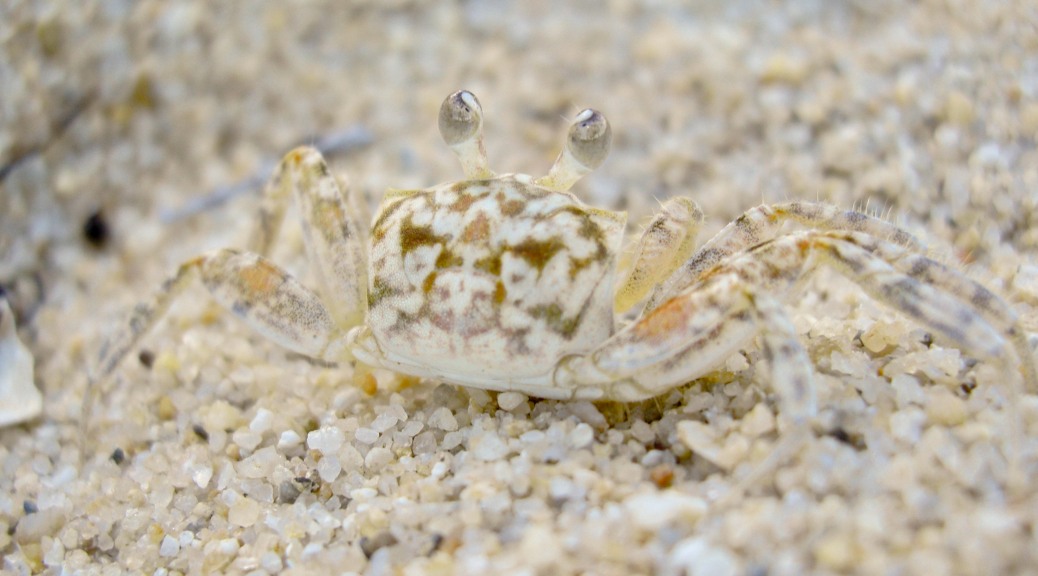 When I was eleven, the most exciting feature of my secondary school was that it had an animal house. After eating, we could spend our lunch hour playing with guinea pigs, rabbits and chinchillas. We had never had pets at home and I can remember running from the lunch hall because I simply couldn’t wait to get there. Until one day, when I overheard some older girls wondering why the year sevens ran everywhere and I realised it was not the done thing. From then on, running was only undertaken reluctantly as a form of exercise or to catch public transport.

When I was twelve, we each had to give ten minute presentations to our English class as practice for public speaking. My first was on land reclamation in the Netherlands and nestled comfortably between a lengthy and evangelical presentation about canal boating and a very detailed overview of a local football club. By round two, the tedium was hard to bear and I asked if the speech had to be factual; it didn’t, so I had great fun making up a fictional world to talk about, thinking about its culture, ethics and government. Until it came to questions, when the main one seemed to be ‘why are you so weird?’ and I realised that imagination was not the done thing. From then on, assignments were for blending in and being instantly forgettable.

When I started university I had a whole rainbow of corduroy trousers and lots of quirky tops that were bought in Camden Market and didn’t always hold their colour. I loved browsing the stalls for something new, something I’d never seen anybody else wearing and pairing it with something unexpected. Until one day some friends were talking about what they were going to wear out that evening, and one commented that the conversation was pointless as they always all wore the same thing. And that night I noticed that they were all dressed in blue jeans and black tops, like a uniform, and realised that quirky was not the done thing. From then on, although I couldn’t resist a splash of colour, I chose clothes that looked (at least approximately) like everyone else’s.

Part of me is relieved that I had these realisations and learned to fit in. But then I see my eight year old, who chose black and green trainers for school sports, and is upset because the other girls think it odd that they’re not pink or purple. Or my six year old who likes to dance through the house in a flailing whirlwind of limbs but will very soon realise it is not the done thing and instead walk around demurely. These ‘corrections’ will help them to fit in, but will also take from them something of themselves.

Fitting in can make us feel safe and part of a community. But it can also stifle our identity and even stop us from seeking help or support when we need it. Although it is important to understand the rules that those around us live by, there are circumstances when we really should try to break them. We should be able to talk openly about miscarriages and fertility. Marital problems should not be the preserve of the divorced; many happy couples have had their troubles but it is not the done thing to talk about it. Mental health issues should not attract stigma or embarrassment, nor should physical symptoms or differences.

When actually examined, many of the ‘rules’ that we take for granted make no sense at all. When talking to a colleague or client, why must we pretend to be one-dimensional to seem professional? A more genuine connection would improve those relationships and everyone’s experience of the workplace. Why must we dress in shoes that are entirely unsuitable for walking or tie strips of silk in restrictive knots around our necks? These traditions are impractical and uncomfortable as well as reinforcing traditional gender roles and limiting diversity. Why is it perfectly acceptable to talk about skin cancer but not anal cancer, to confide in a friend about having trouble with eyesight or hearing, but not with the vas deferens or fallopian tubes, let alone our mental health? This squeamishness can add embarrassment and loneliness to an already difficult situation.

Today is Time to Talk Day and even if it’s not the done thing, perhaps we could make the effort to speak out or be available to listen, taking the first steps to changing the rules that bind us all.